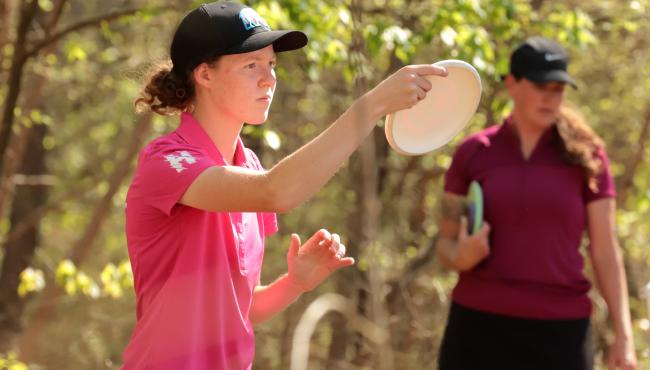 TYLER, Texas — Hailey King battled through the elements to find herself atop the leaderboard heading into final round of the 26th Annual Texas State Disc Golf Championship.

But just like her approach to Saturday’s back nine after a heavy rain fell on the Dogwood course in Tyler, King knows that the first PDGA National Tour event of the season is far from over.

“I’m feeling great, it was raining so it was nice to pull into first during that rain round,” King said. “I just kept breathing. I told myself that there’s plenty of golf left, don’t get down on yourself and keep pushing forward.”

King entered Saturday’s round two shots back and quickly erased that deficit with a birdie-birdie start. She put an exclamation point with an eagle on the third hole with a 49-foot putt.

The Texas sky opened up near the midway point of the round, resulting in a four-over stretch through three holes. King recovered and finished even par over the back nine to take a one-stroke lead over Catrina Allen heading into championship Sunday.

The West Bend, Wisconsin native grabbed the signature win of her career at the 2020 Disc Golf Pro Tour Championship, capping a breakout season full of podium finishes and close calls.

Now, she shifts her focus to grabbing her first National Tour victory but, with an extremely tight leaderboard and one more trip through the daunting Dogwood course remaining, she knows that anything can happen over the final 18.

“The Pro Tour Championship helps a little bit knowing that I can do it,” King said. “But it’s anybody’s game (on Sunday).”

Eleven players are separated by just four strokes heading into Sunday with a first-place prize of $3,000 on the line and a jumpstart to the National Tour points race.

Next on the leaderboard is Allen, who finished with division-leading seven birdies on Saturday but was hampered with three double bogies. Allen sits one shot back at 3-under on the weekend.

Valerie Mandujano and Missy Gannon, who both shot 3-under 61s to jump eight spots up the leaderboard, will round out Sunday's lead card. Mandujano finished with a 100% scramble rate and Gannon simply limited mistakes throughout the second round. Gannon joined King, as well as Stephanie Vincent (E, T-10) and Julie Eagle (+12, T-27), with eagles on the 564-foot hole 3 and went 3-under over a 10-hole stretch. 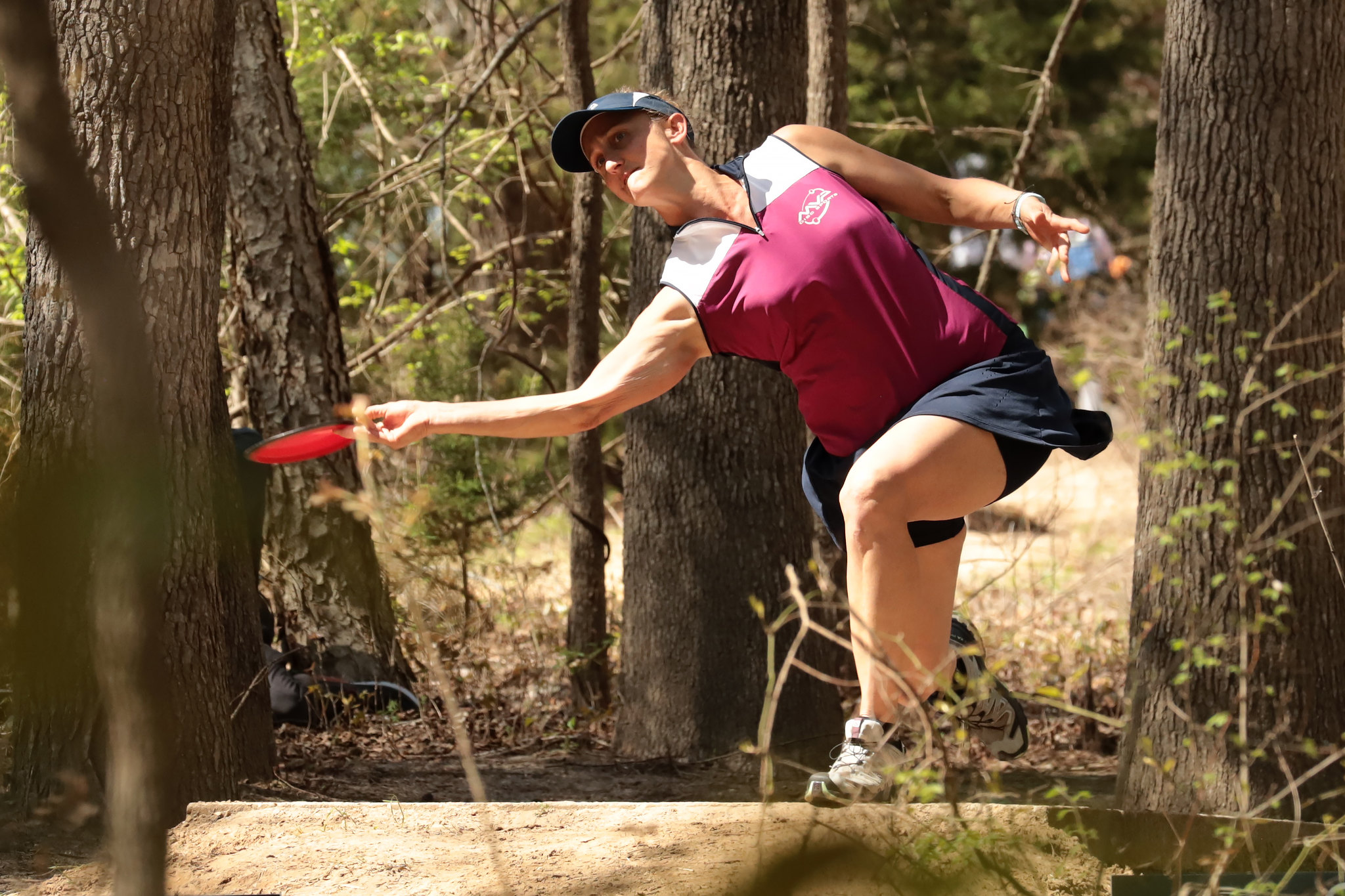 Lurking oh-so-close on the chase card will be Holly Finley and Rebecca Cox, also at 2-under. Sarah Hokom and Ohn Scoggins round out the card at 1-under par. Jessica Weese leads the third card with a 1-under scoreline as well.

Hokom made the biggest move of the day with the hot round of a 4-under 60 to lift herself 10 spots and into contention for her ninth National Tour win. Her eighth came at the Hall of Fame Classic in October 2019, the last National Tour event held prior to this weekend in Tyler.