Most Dominant Disc Golfers of the Past 10 Years

Most Dominant Disc Golfers of the Past 10 Years 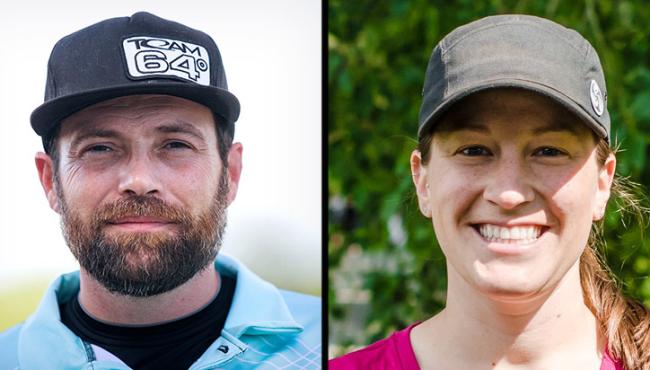 Before diving deeper into these 10-year rankings, here’s some background info. YWR didn’t come into existence until the end of 2005 when Ken Climo suggested that the PDGA calculate World Rankings in a discussion at the 2005 Pro Worlds in Lehigh Valley, Pennsylvania. The timing was good, as the National Tour and the USDGC had already been established for a few years and there was now more than just Pro Worlds as a PDGA Major and the bi-annual Japan Open.

To be included the following tables, a player must have been ranked in the top 20 at least five times in the YWR between the years 2006 and 2015. Additionally, those players in the YWR top 20 for 2005 also got credit for that year. Years when a player was ranked lower than 20th are not included in their Adjusted Average World Ranking calculation.

Note: The multiplier listed as “Mx” adjusts Year-End average rank proportionally upward the fewer times a player was ranked in the top 20 during that 10-yr period. This allows us to include newer top-ranked players like Paul McBeth and Catrina Allen.

In addition to the aforementioned Feldberg and Jenkins, Nathan Doss #11794 is the only other player to be ranked in the top 10 every year since the YWR began. Steve Brinster #10628, Des Reading #15863 and Elaine King are the additional three that have been ranked in the top 20 every year since 2005. Kudos to King, who could have been competing beyond the Open Women's division for this entire time span. Cale Leiviska #24341, currently ranked 17th, is poised to join the next "Top 20 for 10 years" class at the end of this year.

Shout out to our international players, Jesper Lundmark #15239 (top rated end of 2008) and Markus Källström #13150 who made the list for several years until economics among other reasons lead them back to more mainstream occupations. If finances have been tough for U.S. touring pros, it had to be even tougher for international players with fewer tournaments and lower payouts during that time span. Now, Ragna Bygde-Lewis #8559 is the only international player making the list and even she has been out of top-level competition this year.

I'm not sure we have any players that could be dubbed biggest comeback player where they were hot, cooled off, then hot again. Nate Doss has roller coaster stats where he drifted downward for a year or two then regained the top 5 then drifted down and back up again.

Our apologies to the dominant players of the earlier years, e.g. Ken Climo, Juliana Korver, Des Reading, Elaine King, and the many before them who would have been at or near the top of a 10-year YWR table prior to 2005. As our historical archives continue to grow, we will look at the older data that has been carefully entered and do similar retroactive calculations in the years to come.

My guess is you would have to asterisk any high ranking player before 2005. Also a breakpoint would be pre-beveled discs. I see big problems trying to claim some player was the best ever. Also the huge variances in courses and course layouts. Paul McBeth probably could not compete at the same level as Christian Dietrich on a rocky mountain rough terrain course for instance. As the pros always try to defend crappy courses saying it's all relative... well it's all relative to the courses being played when comparing top players.

This is about dominance within a specific 10-year period relative to those they competed with. Not sure you can directly infer any player's absolute skill level in this period versus top players of other 10-yr periods. But at least it provides some basis from which to speculate.

I think "dominant" is the wrong word here. While it's clear that Feldberg has been the most consistently good player over the past 10 years, he was only the best 2 of 10 years. That clearly isn't domination, but it does demonstrate remarkable consistency.

I think chappyfade is right most consistent is a better definition.

How is McBeth still rated higher than Wysocki?

I have never played with either but rumors are that McBeth picks courses that favor his throwing style of play while Wysocki has to play courses that do not favor his sidearm throw. Discrimination does exist in Disc Golf course design. Courses are designed for RHBH throwers. So if Wysocki is winning on these courses in my opinion he should be rated higher because course is more difficult for him compared to the ease for McBeth.