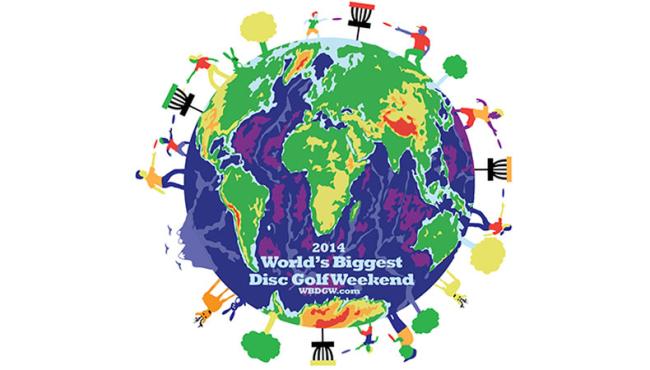 The World’s Biggest Disc Golf Weekend started in 1991, when over 350 players took part in a one-day event at Zilker Park in Austin, Texas. At the time, it was the biggest tournament in disc golf history. The next year, creator John Houck #1688 turned it into a global event dedicated to introducing the sport to tens of thousands of people around the world on the same weekend. At its peak, the event was hosted in almost 200 cities and 16 countries worldwide. Houck continued this tradition for 23 years, and this year marks the 24th and final event for WBDGW as it is known today.

Eight years ago, Dee Leekha-Houck #38087 invested with John as an equal partner and co-founded Circular Productions, LLC, which now owns the event. Circular Productions, LLC has decided to donate the event to the PDGA to transform it to a “Global Disc Golf Weekend” and to work with the PDGA increase global participation through the marketing and promotion that the PDGA can provide. While the PDGA will promote the event, the idea is to allow all disc golf businesses, manufacturers, clubs and players to use this event to grow the industry and create more disc golf awareness worldwide. The sport is easy to play and has multiple health benefits for everyone, including children and seniors.

The original idea John Houck had was to use this one weekend each year to grow awareness of the sport and bring it to the limelight. Over time, hundreds of thousands of people have participated in his event, and now with disc golf’s impressive rate of growth, the event’s focus has switched to more of a celebration of the sport. Keeping this mind, the Houcks had a desire to use this event to bring the industry together through greater participation worldwide, with a common goal of celebrating the sport and continuing to showcase it to others worldwide.

“It’s time this sport had some sort of an official international disc golf day, and the PDGA is the appropriate governing body to help establish this,” says John, a former PDGA Commissioner and member of the Disc Golf Hall of Fame who has devoted his whole life to promoting the sport through this event and his many tournaments that have brought new players into the sport.

“Our vision is to see the whole disc golf community join together through this one event and help the sport get showcased in as many parks, cities, and countries around the world as possible. When we do this, we help everyone,” says Dee Leekha-Houck. Her vision is to see one million people playing disc golf around the world in the 25th event in 2015, which would actually be the first “Global Disc Golf Day,” the new version of WBDGW.

The website WBDGW.com will remain live and will eventually convert to a more informational site which will display all the previous year’s logos, designs, stories, photos, lists of participants, and the history of the event. The Houcks are also donating previous years’ collector’s discs and shirts which will be displayed at the International Disc Golf Center's Headrick Memorial Museum in a special exhibit to document this disc golf history.

“It’s been amazing to see how far the sport has come over the last two-plus decades. Dee and I are so glad that we were able to contribute in some small way and to experience everything that’s happened during these historic years” commented John Houck.