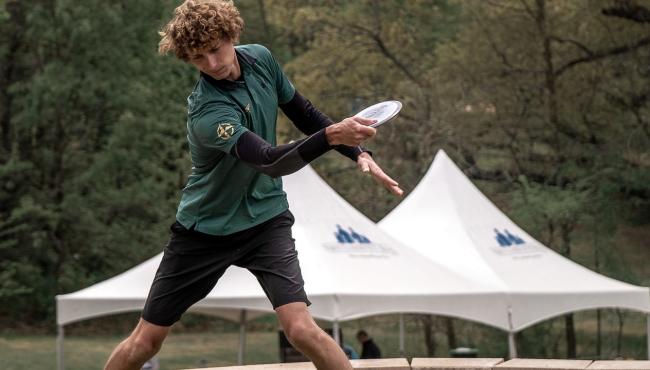 Calvin Heimburg and Ricky Wysocki have a one-shot lead after the first round in Jonesboro. Photo: Disc Golf Pro Tour

The fifth annual Disc Golf Pro Tour - Play It Again Sports Jonesboro Open powered by Prodigy kicked off Friday morning and the stars of the sport came out to shine.

There were a few new faces in the mix as well.

It was a picture-perfect day here at The Disc Side of Heaven, and the nickname lived up to the hype by giving the field perfect conditions. The big news of the day was former champion Ricky Wysocki and reigning champion Calvin Heimburg turning in the hot rounds at 51 —13-under par and one shot ahead of the hottest rounds from the 2020 edition of the player-favorite event.

Ben Callaway, of Davenport, Iowa, set the early pace with a 12-under 52. Callaway played his way onto the lead card, conquering the course with a bogey-free round.  Drew Gibson, known for his prowess on open fairways, also earned his way onto the second-day lead card with an 11-under round. 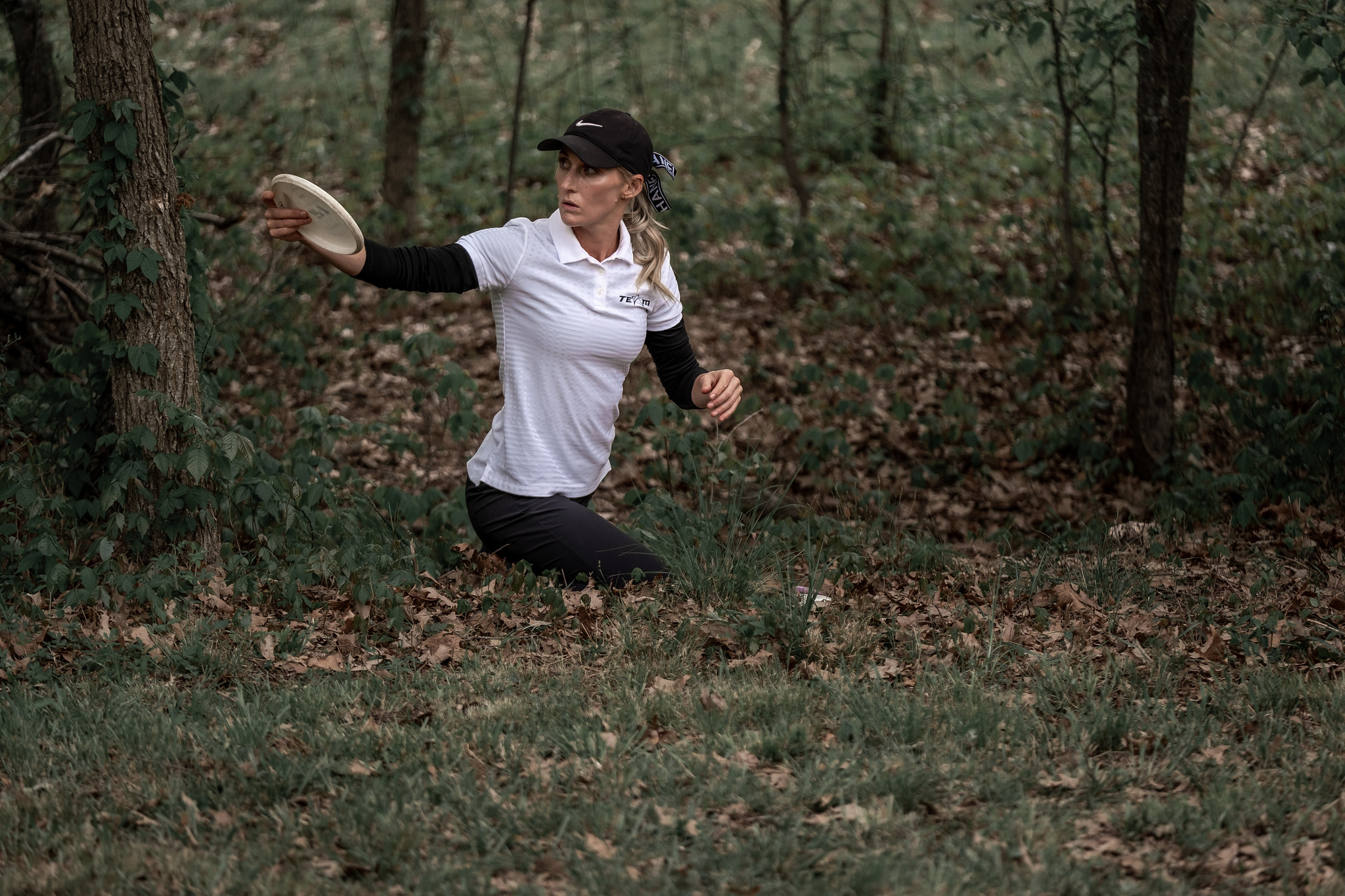 Catrina Allen lines up an upshot during the first round on Friday in Jonesboro. Photo: DGPT

The FPO side of things saw some fresh faces skyrocket towards the top of the leaderboard.

Newcomer Macie Walker lit it up with 90 percent mark in fairway hits to notch a 7-under round, one stroke back of Catrina Allen.

Paige Pierce, who led the field in fairway hits at 95 percent, grabbed the lead on hole 15 before a quadruple bogey 8 on 16 erased what had been a bogey-free round to that point. Pierce bounced back with birdies on 17 and 18 for a 59, one shot behind Allen.

Sarah Hokom worked her way to the 7-under mark with her precision forehands and a bogey-free round, the only clean sheet in the FPO field.

Coverage kicks off at 1:30 p.m. CT on the Disc Golf Network.