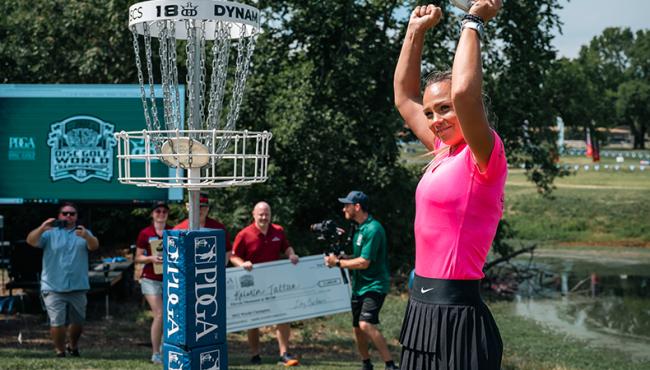 An Appointment with Destiny

History was made Saturday at the Emporia Country Club as Kristin Tattar became the first Estonian and only the second European to win a PDGA Professional Disc Golf World Championship.

She also became the first mom to win this most coveted title.

Entering the tournament as the overwhelming favorite despite nursing a shoulder injury that forced her out of the European Open just six weeks prior, Tattar seemed utterly unfazed by all the pressure and sky-high expectations.

The Estonian continued to employ the patient, methodical approach to these Emporia courses that had led her to a five-stroke advantage coming into the final round: keeping the disc in-bounds and making her putts.

Henna Blomroos began the day with the best chance to catch Tattar and managed to cut her deficit to four shots with a birdie on hole 1, but that is as close as she would get.

It was all Blomroos could do to stay even remotely close as Tattar blazed through the rest of the front nine, carding eight birdies in a row to put a firm hold on the championship. 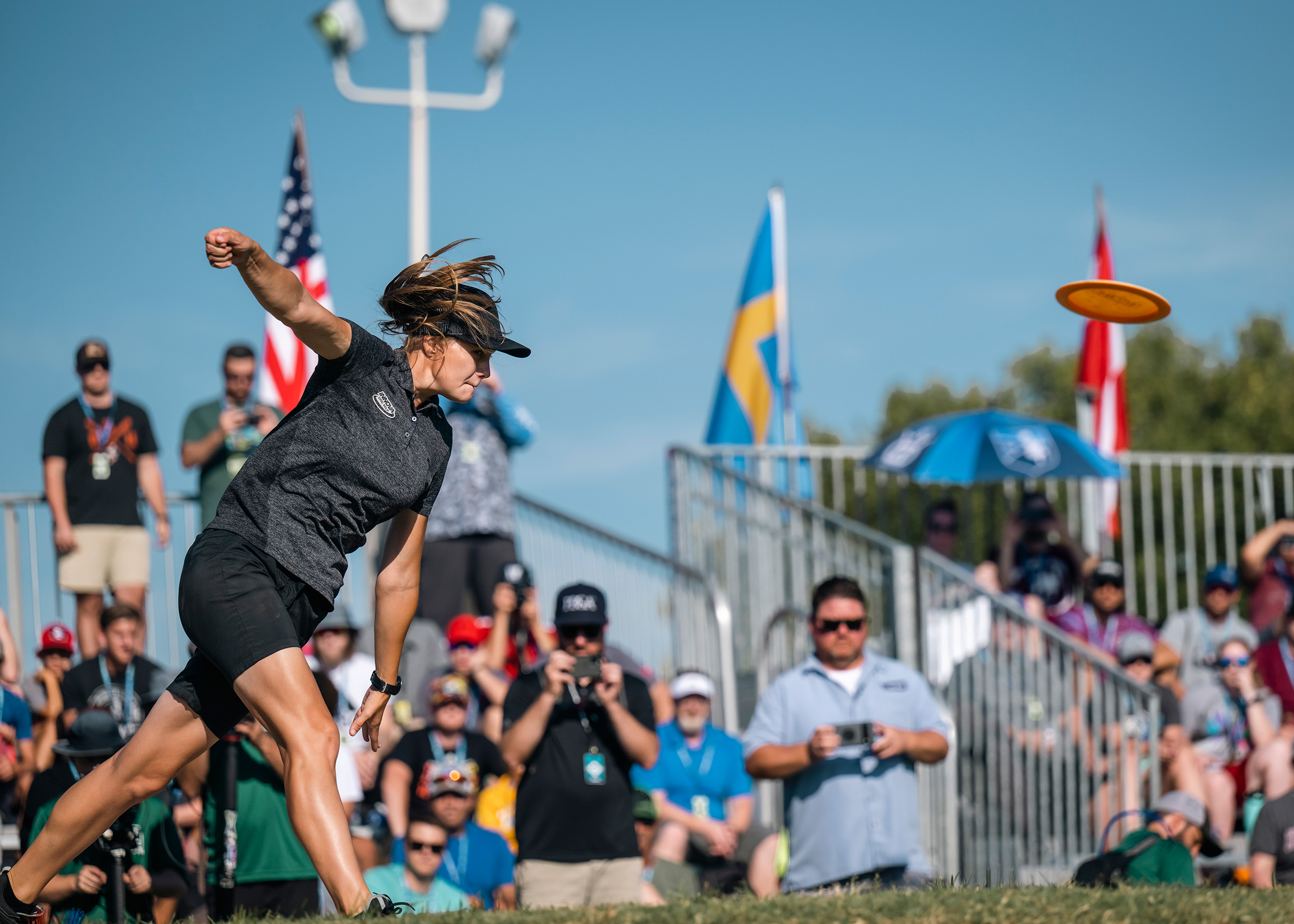 The back 9 began to feel like a procession as the new world champion approached her coronation and the crowd cheered her every move, even when laying up for par.

Standing in front of the packed gallery, following the final putt, she spoke with DGN’s Terry Miller.

“It feels amazing. It doesn’t feel real. Can somebody wake me up from this dream?”, she said.

“I feel like disc golf is my thing. It came into my life in a perfect moment in every aspect of my life. I feel like I’m doing the right thing.

“It’s unreal, honestly. I still can’t wrap my head around it, that I’m here and I won the world championships. There are previous world champions congratulating me. It’s crazy—I don’t know how it happened.”

There are plenty of good reasons to think that this will not be the only world title for Tattar, who now stands as the clear favorite for player of the year honors.

With her dominant performance, the Estonian became the first woman to average 1000-rated golf during a PDGA Pro Worlds, and she has now shot 4 of her career best rounds over the course of the previous two events.

She may be well on her way to becoming the first 1000-rated FPO player, and a sure-fire contender at many major championships to come.