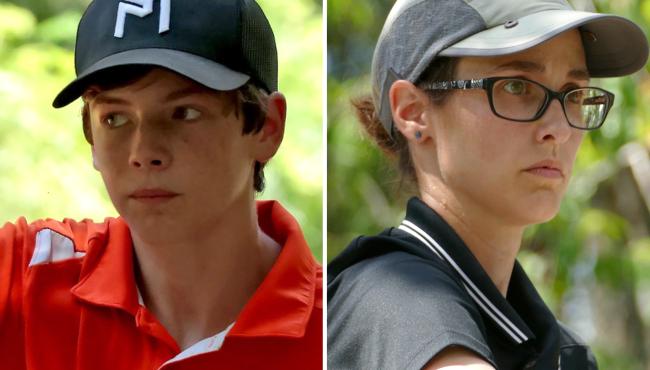 Ten months ago, Ali Smith entered her first PDGA sanctioned tournament — which she won — after feeling the desire to throw a disc again after retiring from ultimate. 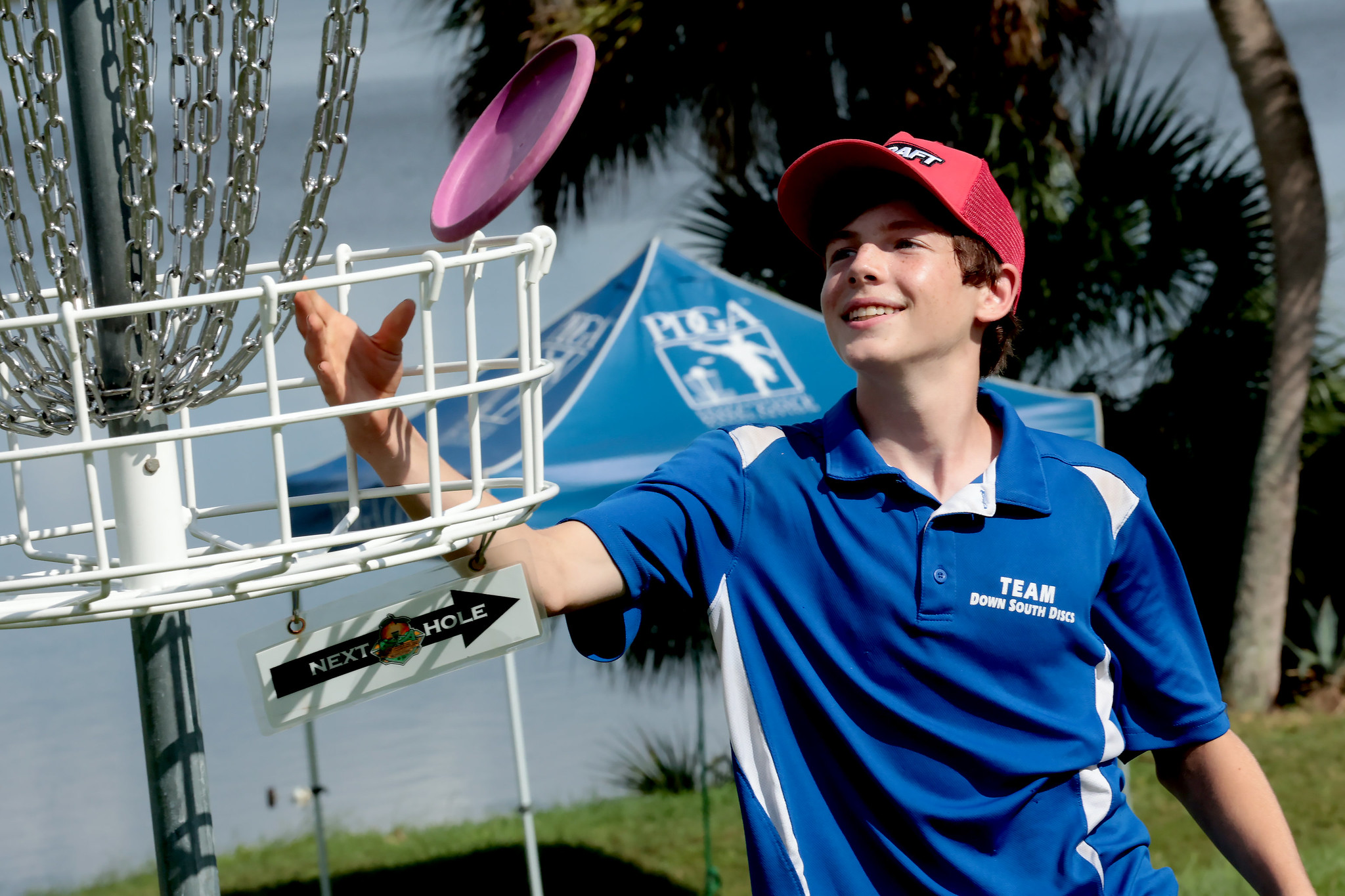 Evan Scott flips the putter out of the basket on Saturday. Photo: Conrad Meyer / PDGA

Scott, a 16-year-old from South Carolina, used those skills he learned from watching online throughout the week, pulling away in the semifinals before capping things off in a dominant final nine on Saturday at the 2021 PDGA Amateur Disc Golf World Championships presented by Dynamic Discs and Latitude 64 in Orlando, Florida.

Up by five strokes entering the final nine, Scott left no window of opportunity for anyone to enter contention with six-straight birdies to start. When asked if he was going to layup the final putt on the elevated basket to set up a championship moment, Scott laughed and said he was running it.

As he did countless times throughout the week, he cashed it.

“It feels great,” Scott said. “I was able to put together a really good final nine to close it out. I was trying to birdie everything.

“It was really good the whole time (this week). I had a few times where it could have been better but I’m super happy with my putting.” 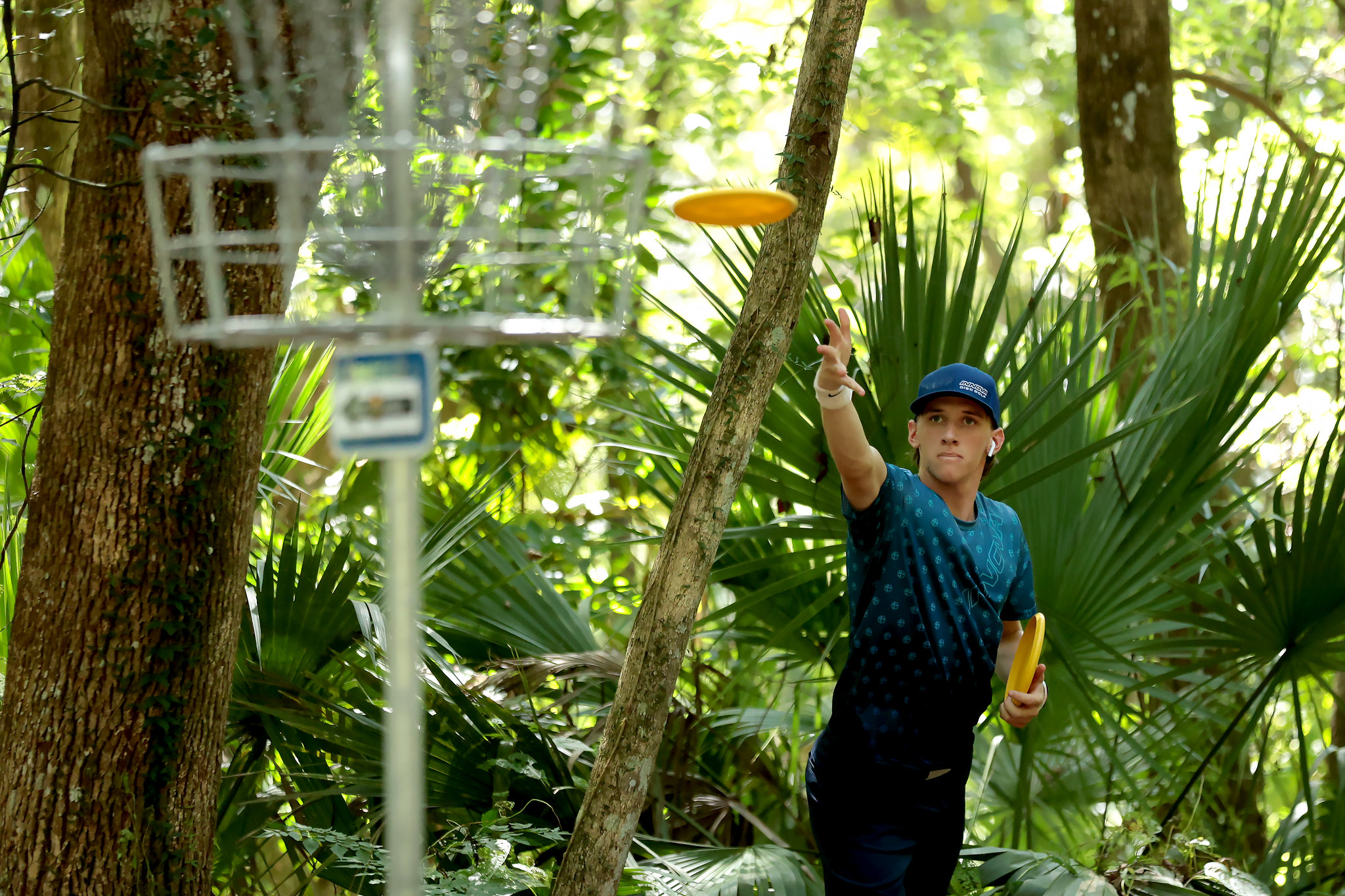 Down by a stroke, Scott torched Saturday morning’s semifinal round at Turkey Lake with a 10-under, 1042-rated round to grab a commanding five-stroke lead with nine to play. 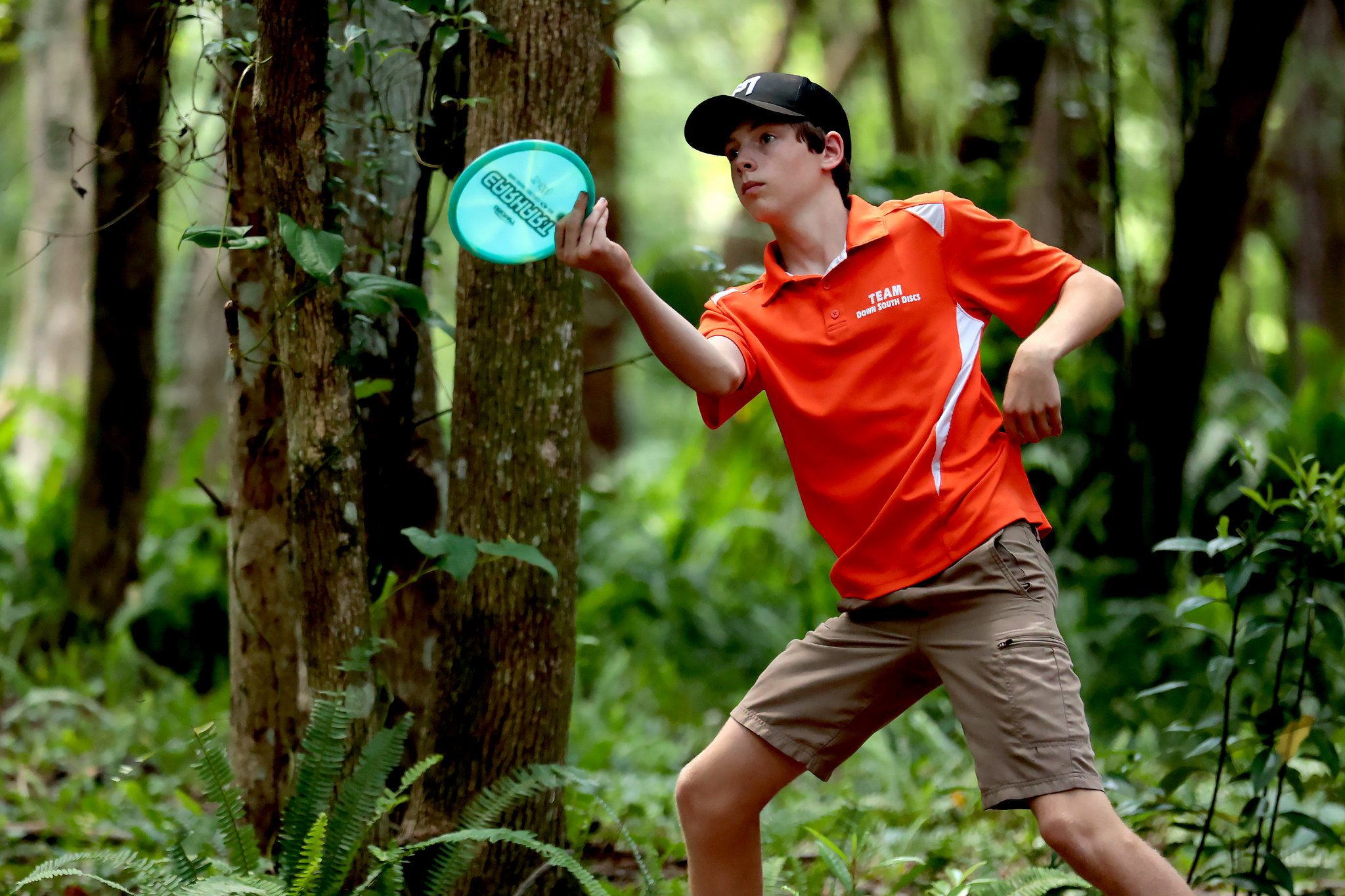 The battle was over, and those lessons learned by observing the best in the sport online showed in a big way.

Stick To The Plan 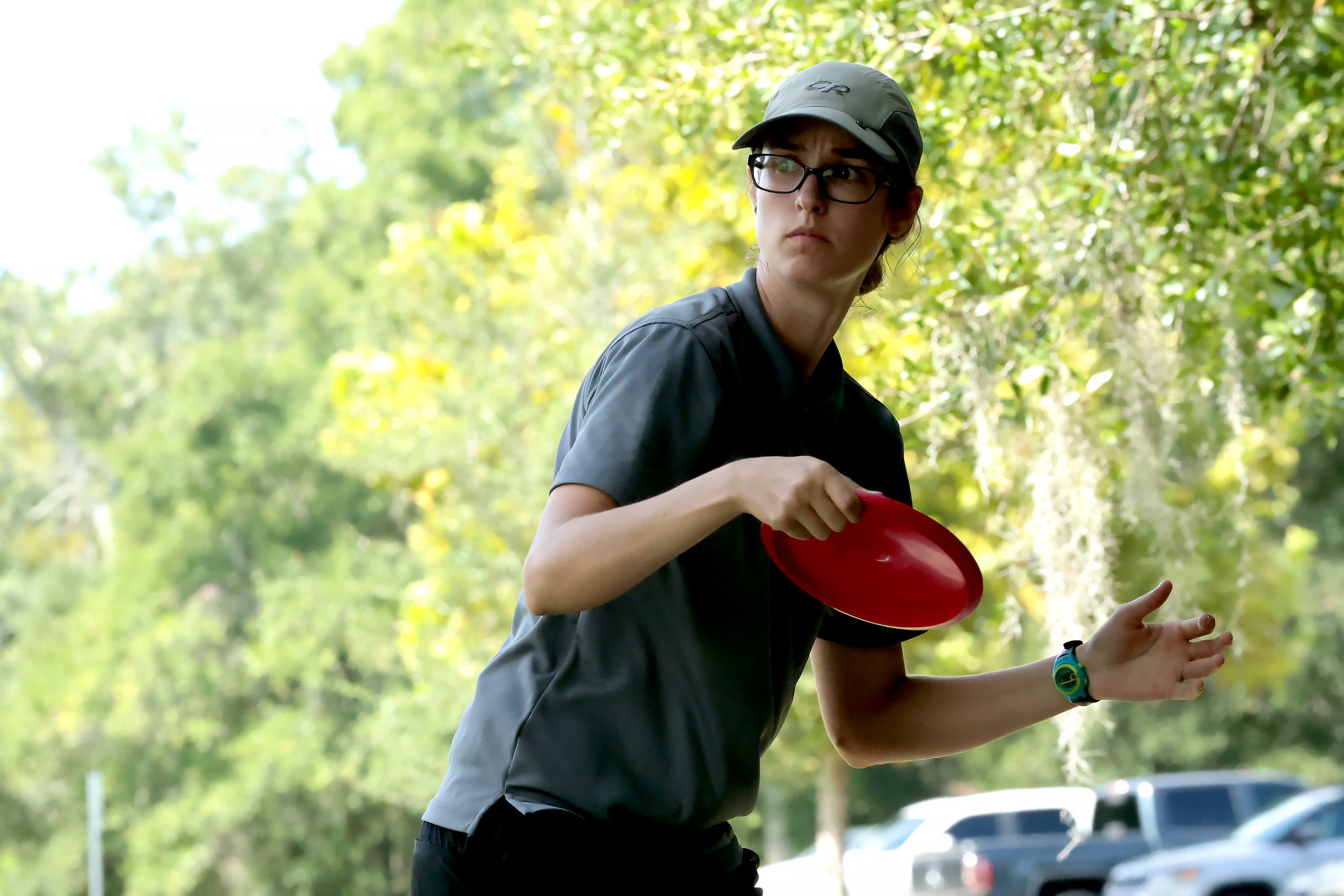 Smith set some goals early in the week and stuck to them, all the way to the 135th and final hole of the week where her final putt sent a world championship back to Kansas City, Missouri with her.

“All of the respect and love for the came, competitors from around the world – it’s been a joy to have this opportunity to come here and play against all of these amazing women,” Smith said. “They’re so talented and I couldn’t be prouder to take it home today.”

Complete coverage from Am Worlds »

It was a simple plan for Smith: just shoot for par. After starting the week tied for ninth, clean play kept escalating her name up the Advanced Women leaderboard. She was four strokes back after the third round, two after the fourth and went up by two strokes after the fifth round.

She didn’t give up that lead. 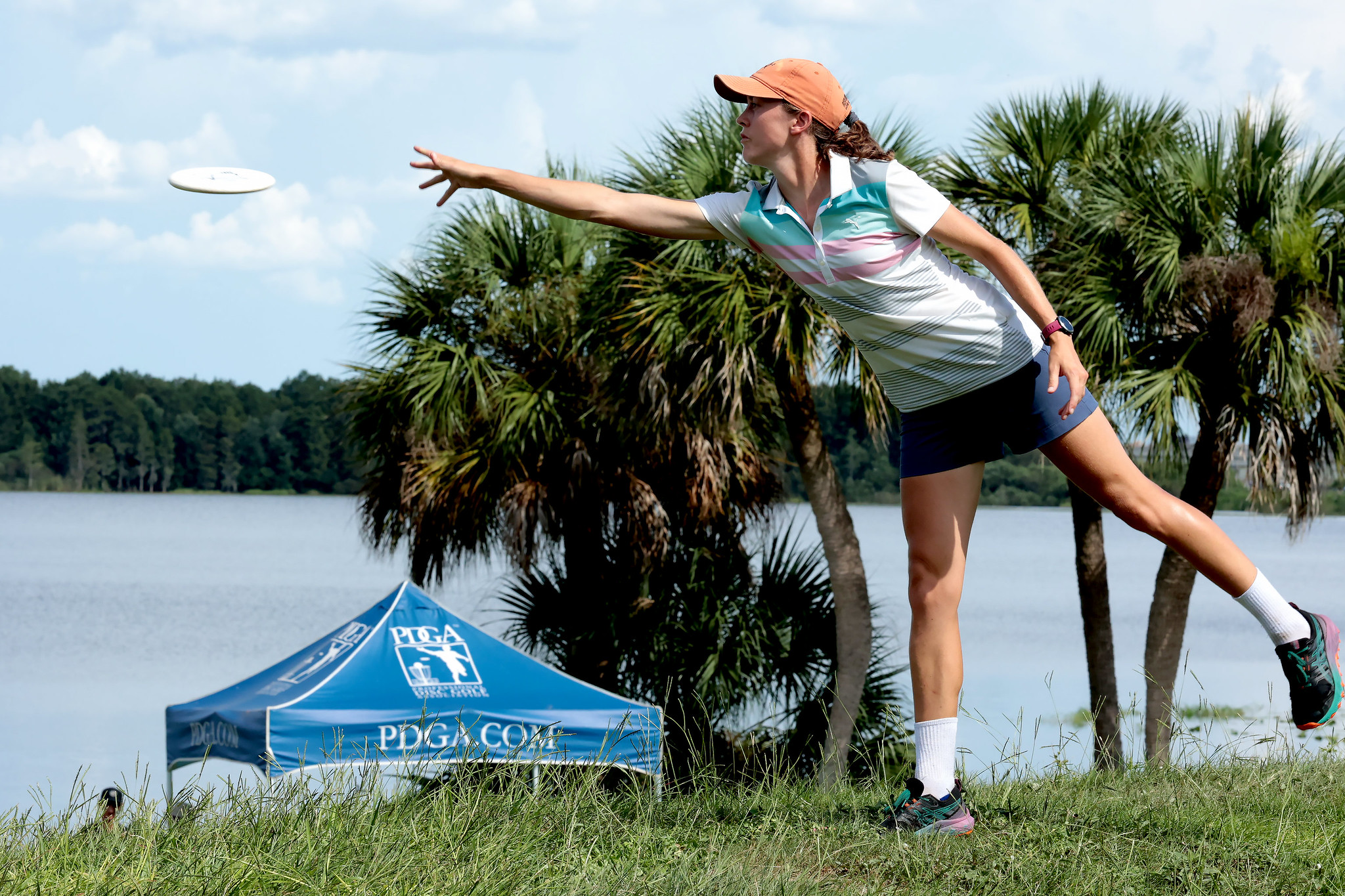 Smith took a two-stroke lead over Chelsea Bazley and three-shot advantage over Julie Moens into Saturday. Moens trimmed it down to one stroke in the semifinals with Chantel Budinsky two strokes out entering the final nine.

Moens bombed the 342-foot third hole to tie things up and then took the lead with a drop in on the 338-foot on the sixth. But Moens found trouble on the penultimate hole of the tournament and again on the finale. 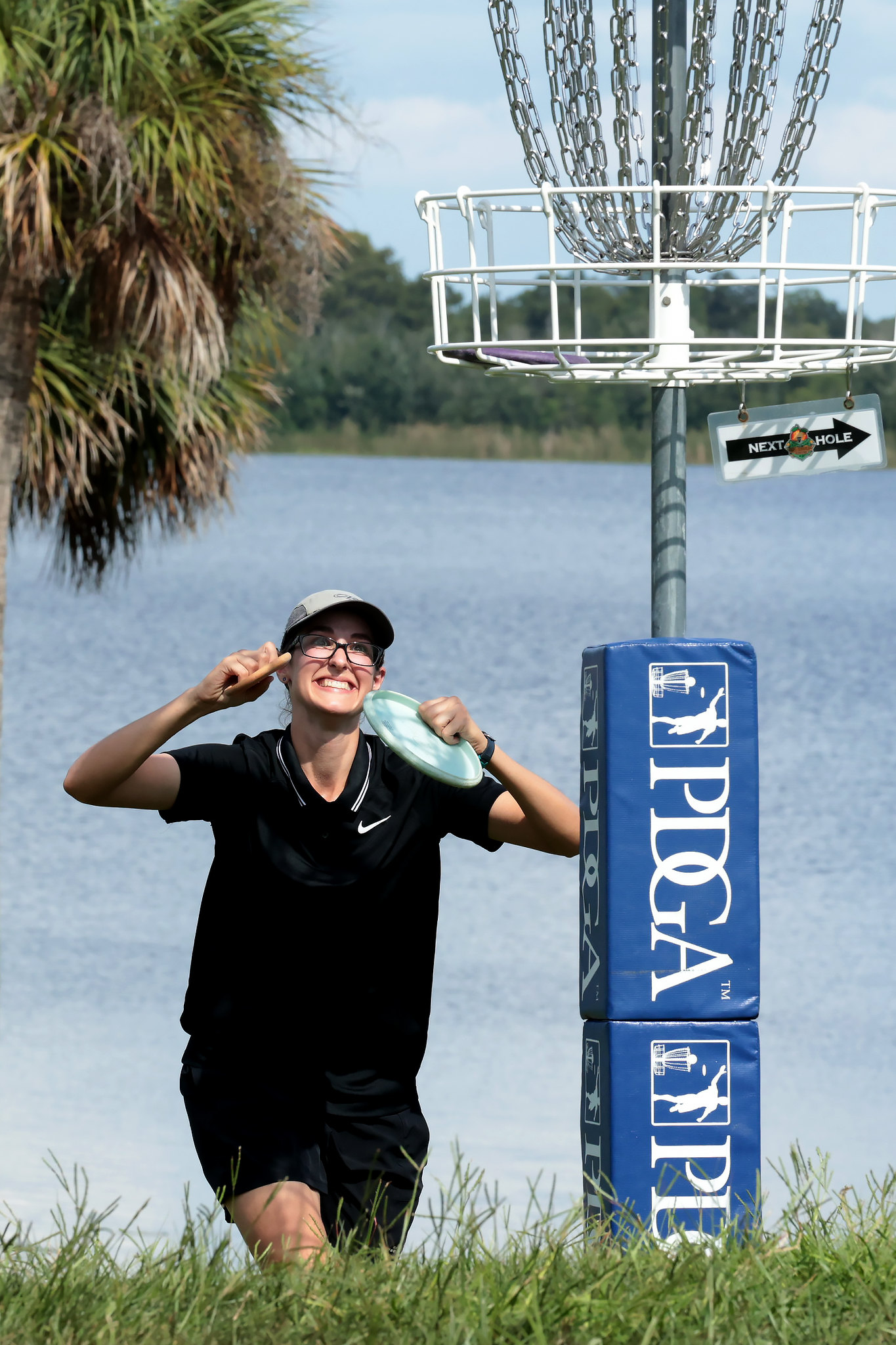 Just par out, she told herself.

Smith took an extra second on her par putt on the uphill, elevated basket and connected for the one-shot win and, just 10 months from entering her first tournament, a PDGA World Championship.

This was such an exciting tournament to watch! Glad Evan pulled out all the stops at the end. Why was the second and final round not filmed or shared on YouTube?