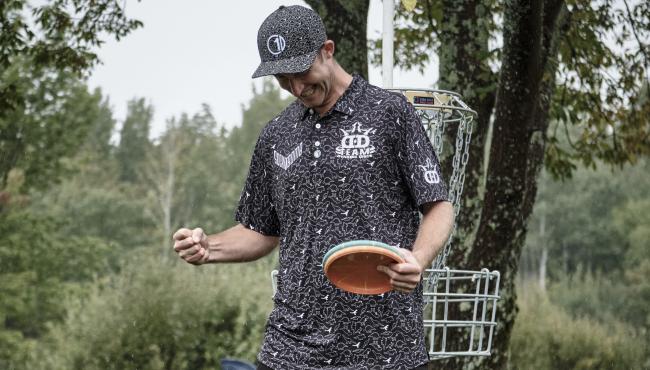 Sunday for Ricky Wysocki started with a 72-foot par save in the pouring rain. It ended with a roaring run down 18 as the rain returned at Smugglers’ Notch.

But not before some big-time drama.

Chris Dickerson, the defending champion who erased Wysocki’s lead to tie things up heading into the 72nd hole of the week, had just sailed his drive OB right to end his repeat bid. 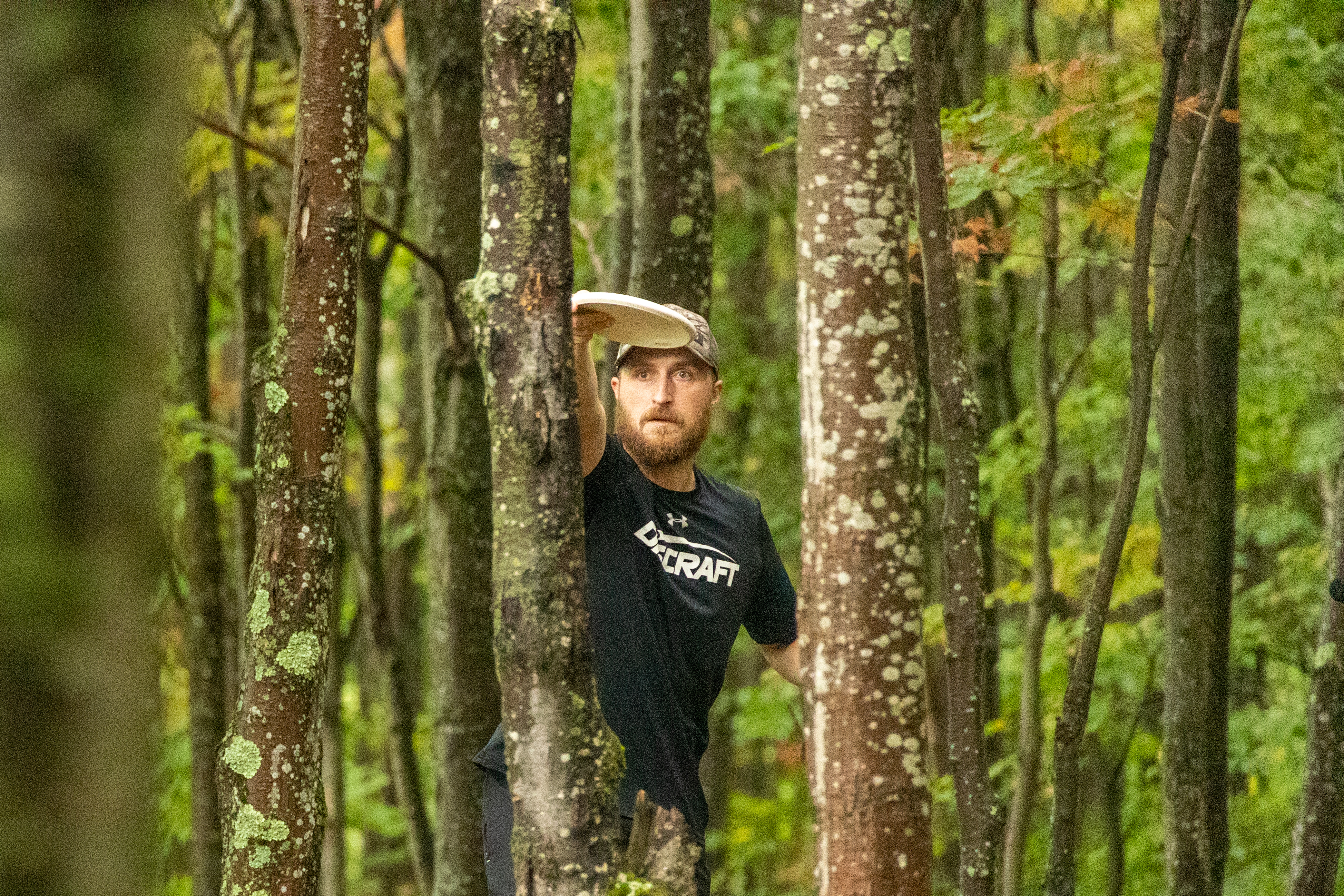 Chris Dickerson surged down the back nine on Sunday and erased a six-stroke deficit. Photo: Kevin Huver / DGPT

That first putt served as a preview of the front nine for Wysocki, who found OB five times and saved par at every single instance, including back-to-back makes of 38 feet on holes 8 and 9.

Birdies on 10 through 12 put Wysocki up six stokes on Dickerson.

But then that 5-for-5 stat ended. Wysocki’s par putt from 16 feet chained out and rolled OB on 14. Dickerson converted for birdie for a three-stroke swing and then he cut the lead down to one stroke very quickly with a birdie on 14.

Wysocki, who led the tournament in scramble rate (85%), failed to do so on the nervy 16th and just like that, it was tied up.

Wysocki had to clutch up on the 72nd hole of the week. Photo: Kevin Huver / DGPT

Both laid up their birdie looks on 17 with a sloping OB looming large.

And then it was 18, a true it’s-not-over-until-its-over finisher if there ever was one.

After Dickerson’s drive hung out wide, Wysocki roared and ran down the fairway as his drive dropped safely in the middle a few hundred feet ahead of him. 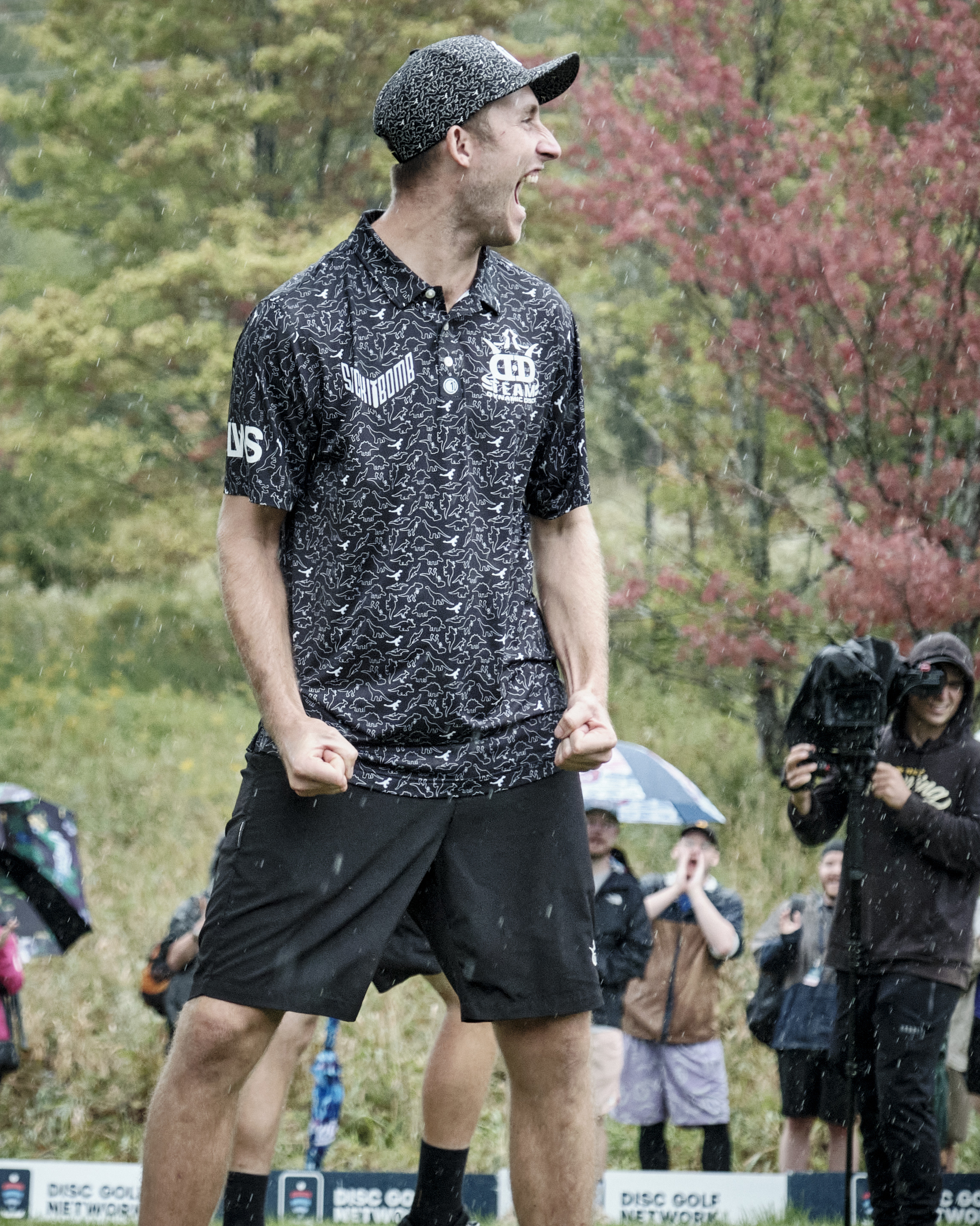 Wysocki now has 17 Elite Series wins on the DGPT, the most of any MPO player. Photo: Kevin Huver / DGPT

“It was just the way it played out,” Wysocki, now a five-time champion at GMC, told Brian Earhart of his emotions. “There’s a lot of pressure that goes along with having a lead. You can’t let up. I’m playing against the best players in the world, and I’ve got play my game. There were a couple of holes where I let up.” 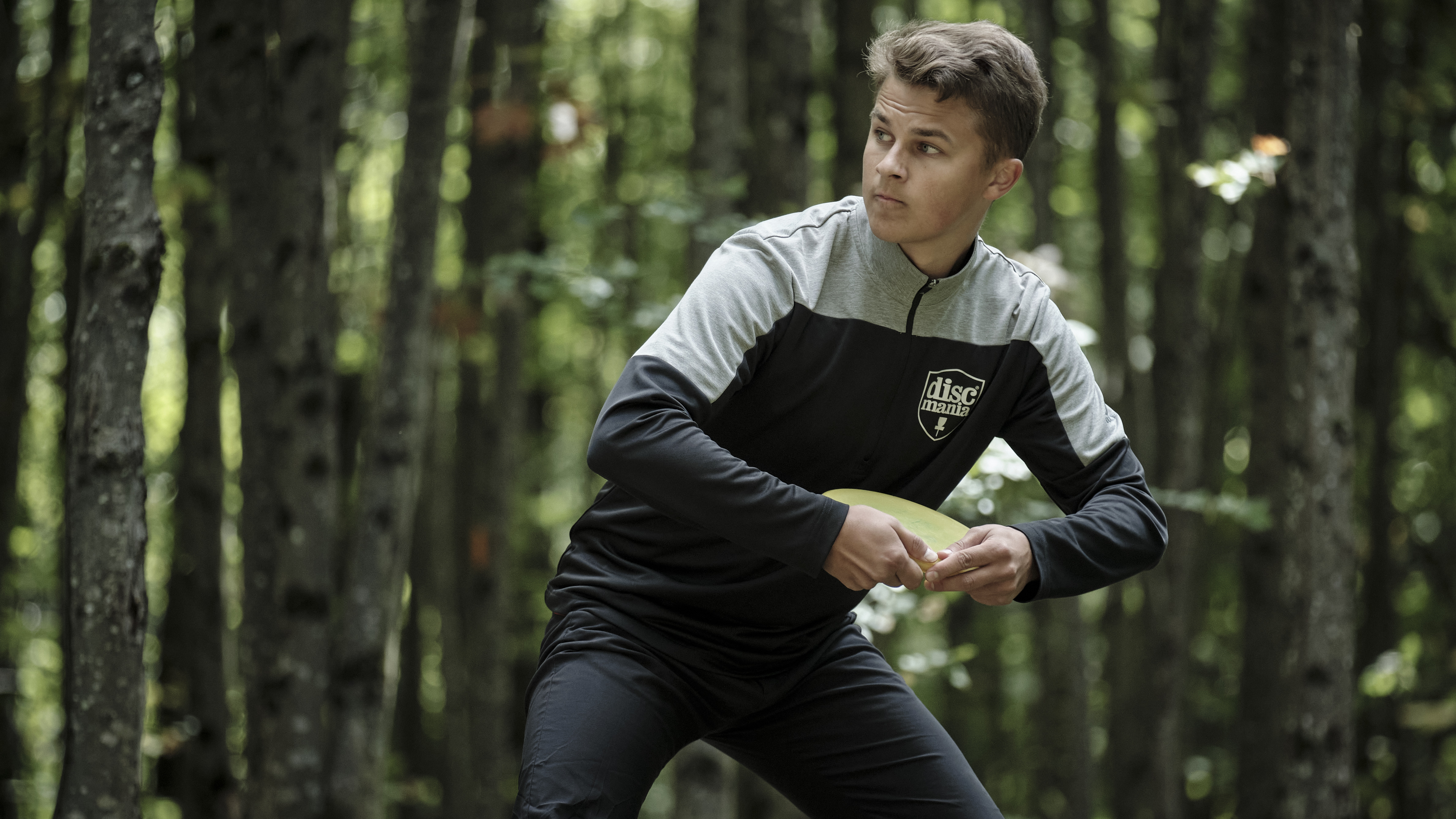 Niklas Anttila had the hot round of 11-under on Sunday to finish T8 and rise in the DGPT Standings. Photo: Kevin Huver / DGPT

The GMC also kicked off the inaugural DGPT Playoffs, a two-event series where points are weighted higher and have a great impact when it comes to seeding in the bracket-style DGPT Championships in October.

Here are some of the biggest movers of the weekend and who is on the bubble heading into the MVP Open at Maple Hill: