Eagle McMahon tees off during the 2021 Portland Open. Photo: DGPT

Stay in the moment.

That’s what Eagle McMahon told himself coming down the stretch of the Portland Open, where a two-stroke lead had quickly become a shot-for-shot battle.

Sunday’s finale in the Pacific Northwest had plenty of moments.

After a slip from Kevin Jones, who had surged to take a two-shot lead with four holes to play, McMahon found himself in a familiar spot: a putt on the 18th hole to win the tournament.

Jones had erased that two-shot deficit quickly and was 9-under on the round through 13 holes with a two-shot lead. But a disastrous hole 15, which resulted in a quadruple-bogey 7, dropped Jones out of contention.

All of a sudden, it was McMahon and Ricky Wysocki tied at the top at 20-under par. One card ahead, Paul McBeth and Calvin Heimburg were surging as well. Both finished with course-record 9-under rounds with McBeth hitting the 20-under mark with a 60-foot birdie putt on 18.

Then all he could do was watch.

McMahon and Wysocki matched scores over the next two holes, pars on 16 and 17. Wysocki’s birdie putt on 17 chained out left while McMahon’s Circle 2 bid sailed right.

Both players ended on the right side of the fairway, with McMahon dropping another roller on the Glendoveer Golf Course. Both then went to the roller for the upshot on the 1,198-foot, Par 5 and both hit Circle 1 from there with the birdie look. Wysocki’s birdie putt, slightly uphill, never had a chance, leaving McMahon in a familiar spot in Portland: a putt to win it.

Complete coverage from the 2021 Portland Open »

“It was a tester and all I could think about was this elevated basket with the Portland Open band in front of me, thinking back to 2019,” McMahon said, referencing the same situation in 2019 in Portland where he missed the final putt and fell in a playoff to Drew Gibson. “Don’t do it again, don’t do it again.”

After counting himself out, McMahon went back to previous moments in his career.

“I was just thinking about the good moments I’ve had in disc golf, like making the putt at GBO, making the final putt at DGLO. Those were because I took a little more time, went through my routine and just trusting myself. I honestly can’t believe I’m standing here right now. It’s surreal.”

With the putt, McMahon picked up his third Elite Series win of 2021.

McBeth and Wysocki finished tied for second, one shot back. 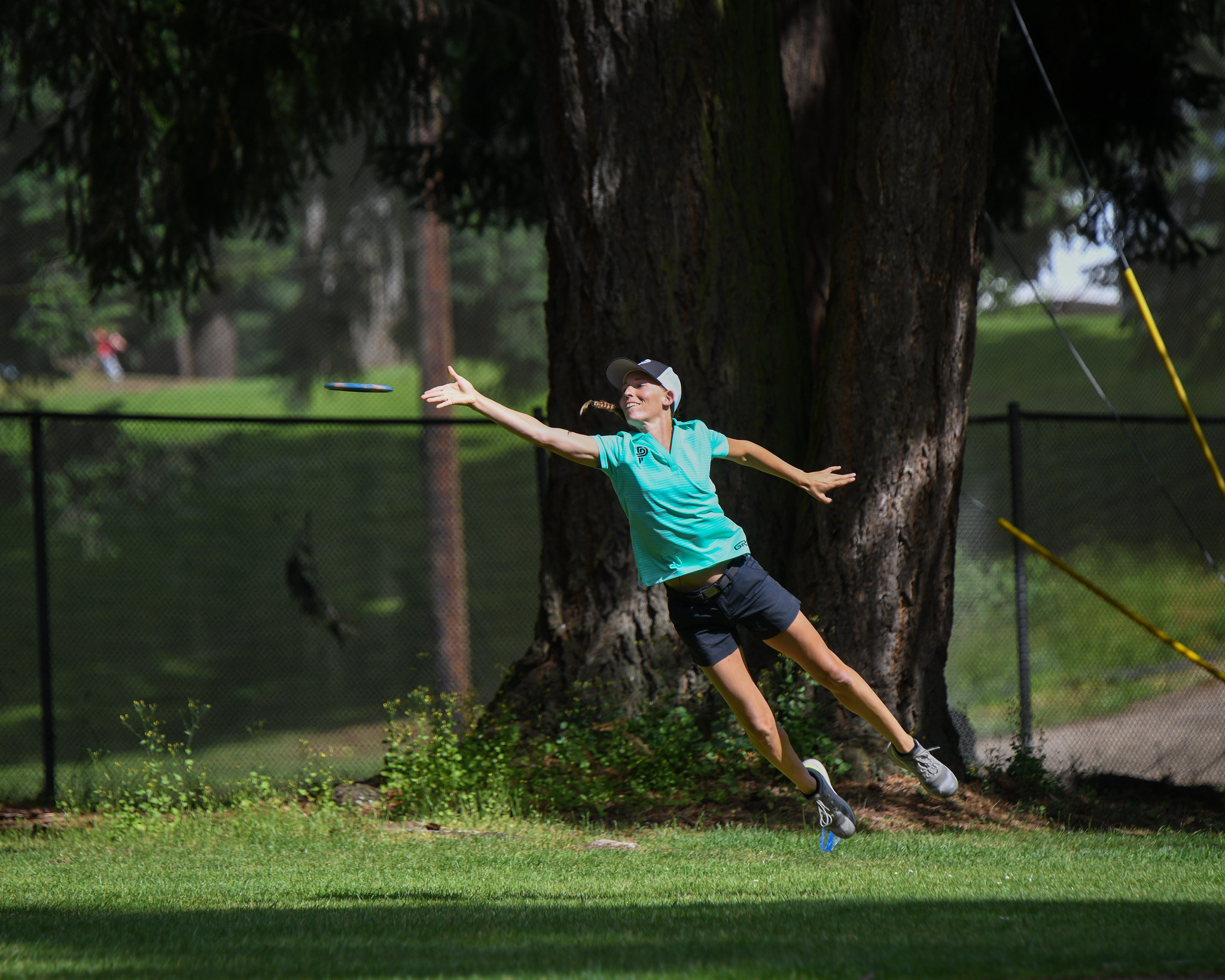 For the fourth time in as many weeks, Paige Pierce stood on the final hole of a tournament with a trophy in her hand.

Pierce once again pulled away down the stretch and cruised to a three-shot win over Catrina Allen at the Portland Open, capping a dominant month with wins that include her 16th PDGA Major, her 25th PDGA National Tour title and her second Elite Series win.

“It couldn’t be a better time to be as confident as I am, just racking up the wins going into Worlds,” Pierce said. “Only a few weeks away from another opportunity.”

Leading by four strokes entering Sunday, Pierce quickly gave one back to Allen on the first hole before bouncing back with back-to-back birdies. Allen trimmed the deficit to two strokes with a Circle 2 birdie putt on Hole 8, but by the turn, Pierce had built the lead back to four strokes and cruised in from there.

With Pierce’s victory locked in, the battle for the third and final podium spot came into focus between Ella Hansen and Hailey King.

Hansen overcame three bogies on the front nine with a five-under score on the final nine, including a birdie on the 18th, to tie King for third place.

The high drama that has highlighted the 2021 season so far continues to builds as Tuesday marks the two-week mark from the start of the 2021 PDGA Professional Disc Golf World Championships, which kicks off June 22 and runs through June 26 in Ogden, Utah.