Class of 2020 induction to shine new light on a tradition of honor. 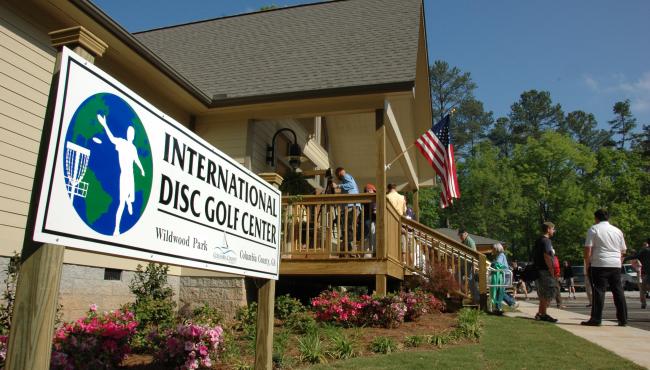 The Disc Golf Hall Of Fame is an independent organization dedicated to the promotion of disc golf, its premier pioneers, and players. Photo: PDGA Media

Induction into the Disc Golf Hall of Fame is an honor reserved for only a very few of those who will ever pick up a disc. It is beyond a world record or championship title. It transcends celebrity and commercial success. It cannot be bought; it must be earned as much by character as by skill. It must be earned, most of all, through the respect of one’s peers.

Andi Lehmann Young knows what it takes. Not only is she a Hall of Fame member, but, since 2020, has served as Hall Administrator after taking over for Al 'Speedy' Guerrero.

“When you hear that it’s a possibility, it’s one thing,” Young told me of her own induction to the DGHOF in 2018. “But then when it happens to you, it’s so amazing because it’s for the rest of your life. It’s such an incredible honor to be bestowed on you by your peers—by those who have laid the groundwork for this sport. You know that you’ve accomplished something when your peers elect you to the Disc Golf Hall of Fame, that’s for sure.” 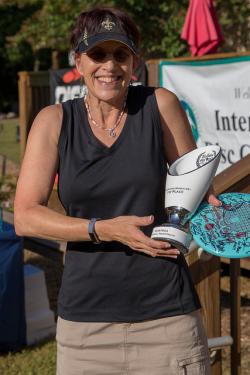 Young, along with fellow Hall of Fame member, George Sappenfield, will be on-hand as the DGHOF Class of 2020 Induction Ceremony is livestreamed, for the first time, during the final day of the Women’s National Championship / United States Disc Golf Championship broadcast.

The ceremony, which was originally set to take place at the PDGA Pro Masters Worlds until the COVID-19 pandemic led to the cancellation of all 2020 PDGA World Championships, will be hosted by Dan “Stork” Roddick, and will air in-between the conclusion of the Women’s National Championship and start of chase card coverage for the USDGC finale.

Organizers are hopeful that the broadcast will introduce the DGHOF to a broad new audience and they intend to take the opportunity to re-introduce an organization that has, at times, appeared shrouded in mystery.

“One of our goals is to bring more visibility to the DGHOF,” Young told me. “We want to clarify for the entire disc golf community that the DGHOF is an independent entity and also to help the players understand the process and what it takes to get in the DGHOF.”

This year’s class will be the largest since 1995, and it is one, says Young, that represents the depth and breadth of the DGHOF members’ contributions to the sport as well as the variety of paths that can lead to the Hall.

“It’s such a dynamic class,” she said. “We have two players that have been in the game forever, and who have been pioneers: Cliff Towne and Bob Harris. Both of them have given so much of themselves to the players—neither one a champion, but they were the promoter, the educator, the tournament director. Just all of those behind the scenes things. Planting the seeds.

"Then we have the champions. We have two champions: the European champion, Jesper Lundmark, who was well known for being an elite player, but at the same time he was there to play with the beginner. So willing to give his time and himself to show other people how to play. And then the other champion, of course, is Valerie Jenkins. Her reputation precedes her. She is very young for being elected to the DGHOF; yet she has accomplished so much in such a short time. From one end to the other—as a champion and as a promoter. Especially in pioneering the women’s movement in disc golf.

"Our fifth inductee, Al 'Speedy' Guerrero, served as the administrator for the DGHOF. He carried the weight of making sure that this annual election was conducted and that the ceremony took place and that the players were honored. This year was his first year not being the administrator, but his peers recognized the fact that he gave selflessly for a long, long time.”

The 2020 Disc Golf Hall of Fame induction ceremony will take place live, on the final day of competition, at the conclusion of Women’s final and prior to start of MPO chase card.