Dickerson blasts off at Brewster for GMC Lead

Dickerson blasts off at Brewster for GMC Lead

The current leader of the Green Mountain Championship after round one is defending Tour Champion Chris Dickerson, who holds the lead after being a late addition to the tournament, as he only made the trip to Vermont in hopes of playing well enough to qualify for the 2019 Tour Championship in October. Dickerson bookended his round today with a string of six birdies to start and seven birdies to end, but he did not have a flawless round: The Tennessee pro carded back-to-back bogeys on holes 7 and 8.

Dickerson leads the tournament in parked shots as well as hitting circle 1 and circle 2 in regulation. If he can continue leading those stats on the longer, more open Fox Run course tomorrow, he will be in prime position to maintain his lead. Continue reading at DGPT.com >>

Leaderboard mainstays have difficult first round 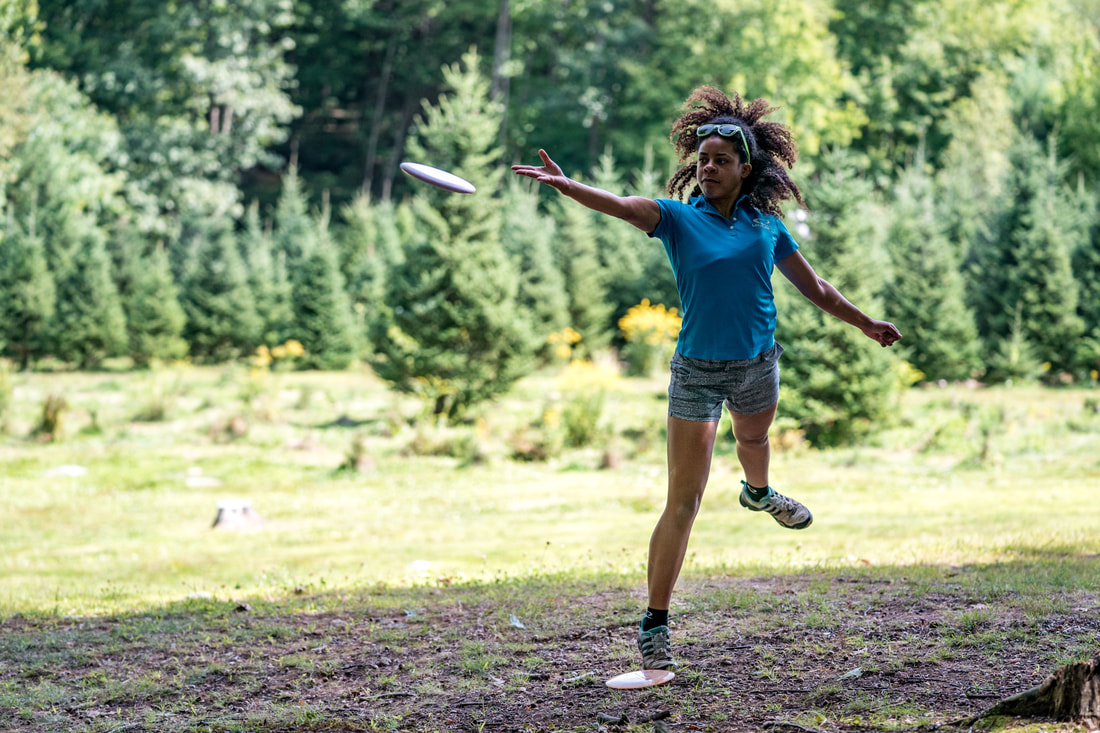 Rebecca Cox shot the second-best round of her career and is tied for the lead in Vermont. Photo: Alyssa Van Lanen

There is a tie at the top of the leaderboard after round one of Discraft's Green Mountain Championship presented by GripEq. The event, which takes place in conjunction with Smuggs' Fall Festival presented by Fiddlehead Brewing, is now underway, with the first round behind us. Sarah Hokom and Rebecca Cox are leading.

Cox jumped out to an early lead after a string of five birdies from holes 7 through 11. She was leading the tournament at 3-under until she carded a bogey on hole 18 to finish the round. Cox used a 71% scramble rate and 82% circle 1x putting performance to help elevate her into the lead. She was unable to convert on six circle 2 putts, though, putts which could end up being the difference tomorrow on the Fox Run course. Still she came out with a 1006-rated performance, the second-best of her young career. Continue reading at DGPT.com >>