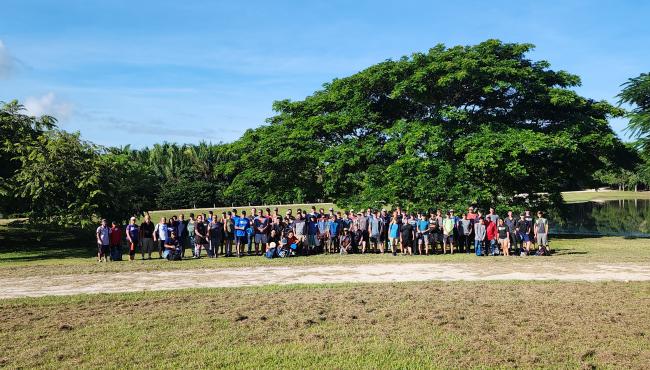 Chris Leonard first appeared on my radar in the fall of 2019 as I came across his private, yet public, 18 hole course in Cerros Maya, Corozal, Belize, on Instagram.

Belize is a small Central American country of 405,000 residents on the Caribbean seaboard bordering Guatemala to the west and south and Mexico to the north. Owing to its relative proximity and very lax tax laws, the country has become quite the hotspot for American expats, snowbirds and retirees alike.

Leonard quickly brought me up to speed on the nascent disc golf scene in Central America and, together with Samuel Abdias and his FENIDIVO organization in Nicaragua, we set out to host Nicaragua’s first ever PDGA sanctioned event in Masaya in March 2020. With a field of 53, the inaugural Finca Foresta Open remained the largest sanctioned event ever held south of the border for more than two years, and the connections made eventually paved the way for a Paul McBeth Foundation project. 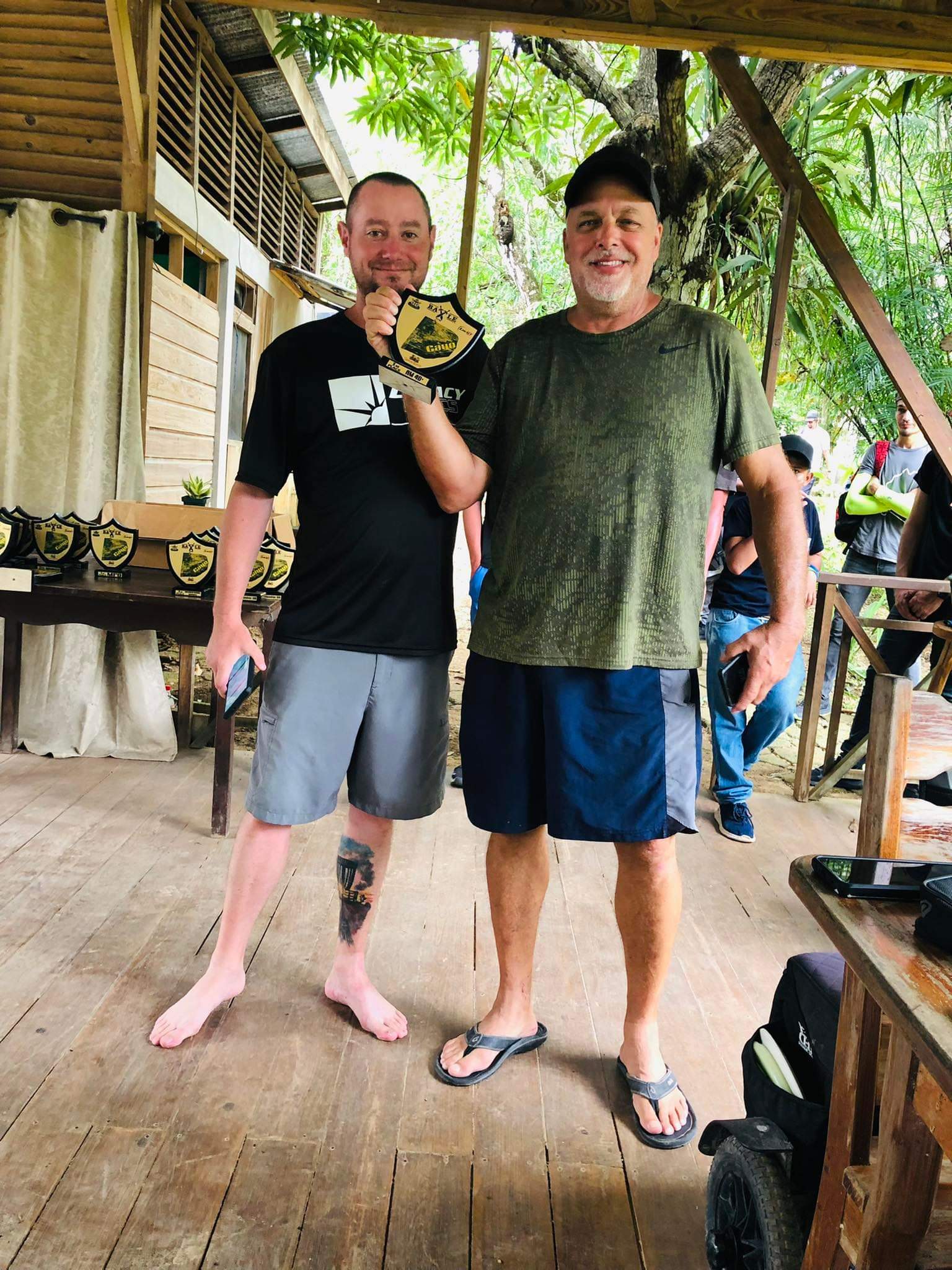 Tournament director Chris Leonard, left, poses for a photo with a winner from the 2022 Battle for Cayo. Photo: Belize Disc Golf

In the fall of 2019, Leonard, a California transplant originally from Idaho, had only been living in Belize for a few months. At the time, Belize only had two courses and a solitary PDGA member. As of 2022, the active PDGA membership in the country has hit 33, and once the baskets currently sitting on the docks in the port of Belize City make it into the ground, the total number of courses will rise to nine.

With three new TDs having been added this year, Leonard had hosted 20 events before anyone in Belize offered to help carry the load, but now there are events happening every single month.

The third annual Battle for Cayo was held in October in Belize. Photo: Belize Disc Golf

Now in its third year, the idea for the Battle for Cayo was born, as many disc golf ideas are, during a casual round. Randy Dueck, the highest rated player in Belize, simply asked Leonard “Wouldn't it be great if we could compete on all three Cayo courses in one weekend?”

That was, obviously, a no-brainer. So they did.

The first edition attracted 16 players. In 2021, 36 showed up. In 2022, with travel restrictions lifted, 71 players from as far as Missouri, California and British Columbia were registered for the event, which easily broke the record for the largest sanctioned event south of the border. With a sold-out field of 72 registered players, the Monte Maria Open in Antigua — Guatemala´s first ever sanctioned tournament — on November 5 looked set to barely edge out that record, but on the day only 62 competitors showed up.

A record 71 players competed in Belize this past October. Photo: Belize Disc Golf

Despite the influx of foreign players flying in, most of the field at The Battle for Cayo was made up of Belize born golfers. The growth of the sport In Belize is mostly taking place within the Mennonite community. At 993 rated, the aforementioned Randy Dueck is one of them.

As in most of the world, disc golf events are promoted on social media outlets. There is even a separate Facebook page dedicated to every Belizean district that has a course in the ground. Yet the Mennonites are famously tech averse. Reaching them is sometimes hard and they will often show up and register on day off competition. Or they will RSVP, and then go AWOL, as they did at this year´s Battle where 81 players registered, but only 71 started. 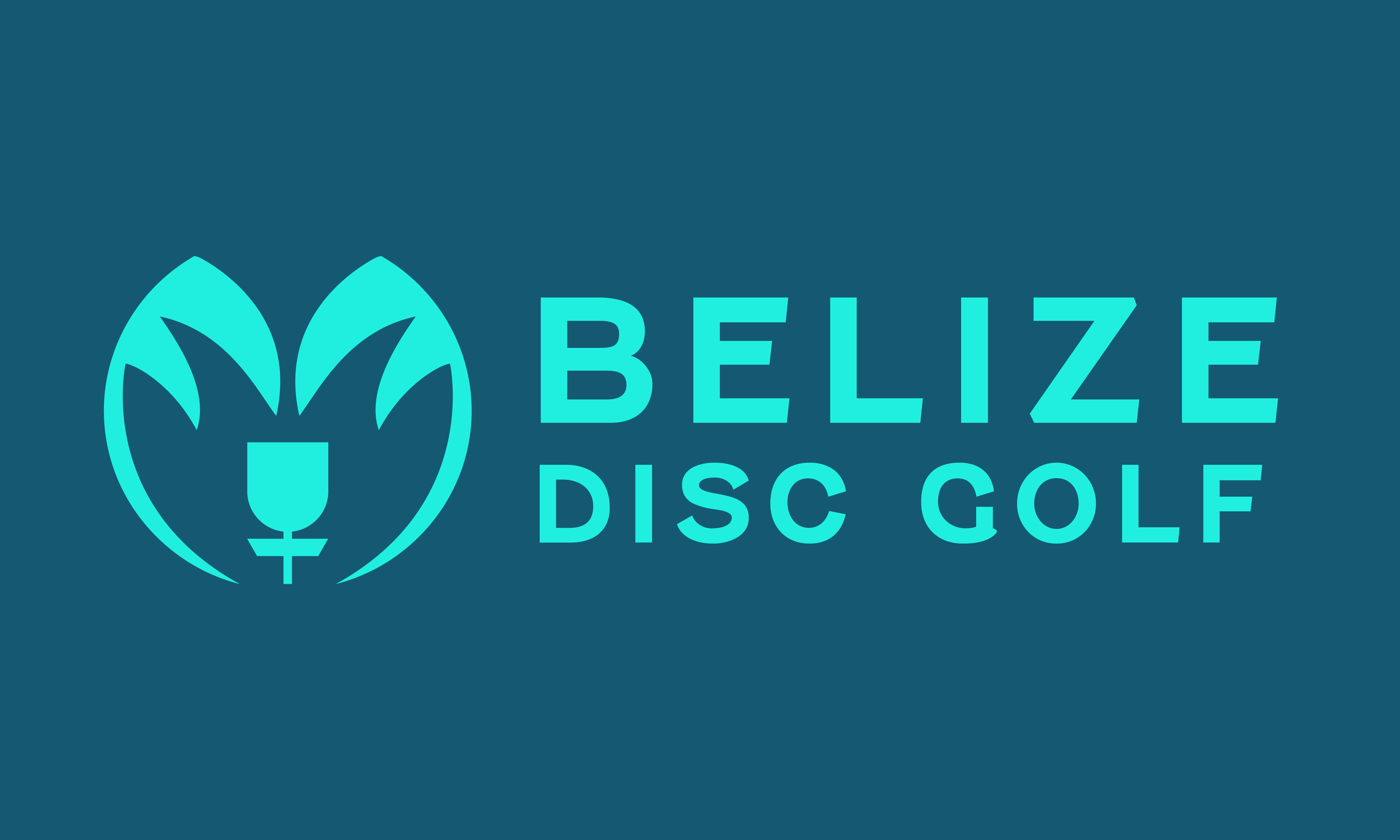 With the Battle for Cayo firmly established as the leading Central American tournament (the 4th edition is already open for registration), the Belize scene now turns its eyes towards their first national championship.

Hosted by Graham Walker, owner of the lowest PDGA number south of the Rio Grande, the Belize Disc Golf Championships will take place at his own private course in Mullins River this coming December.

Belize has come a long way since the start of the pandemic, and these championships will make it just the fourth country in the Americas after the USA, Canada and Brazil to host a national championship or open of any sort.

The future is bright for disc golf enthusiasts in the only English speaking country in Central America, and with the continued efforts of Chris Leonard and his Mennonite disciples, Belize should emerge as a beacon for the growth of the sport in the region and beyond.

Battle for Cayo is a very unique event - We compete on 3 different courses throughout the District of Cayo over 2 days. It is quite the experience! Come join us in Paradise

The record # of participants for a "south of the border'/Latin America PDGA Tour event is in fact 95 set earlier this year in Mexico. See https://www.pdga.com/tour/event/61409 . Not sure ONLY 62 participants is an apt description for the inaugural event in GT which was organized by UPlay and local expat Chris Gwinnett. With many juniors this was a fabulous turnout for a 1st ever in country event ... :) That said Chris Leonard and Team Belize DG are doing a terrific job growing the sport there! Thanks for the article Bogi!