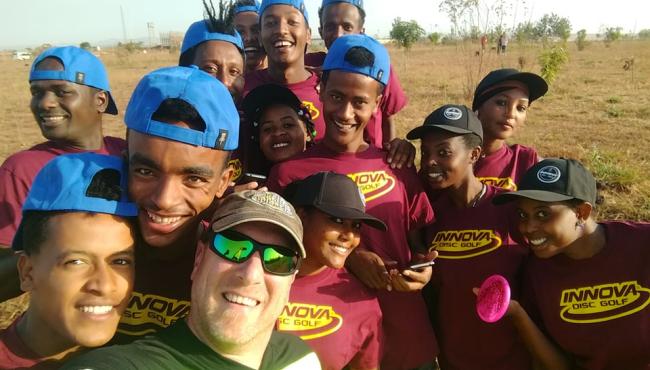 Yohannes and John have done it again. The Ethiopian Open 2019 is now in the books. This was the second PDGA sanctioned event hosted by Assosa University Disc Golf Association and it was the second stop of the inaugural African Disc Golf Tour.  After months and months of planning, course maintenance and fighting with customs, we were able to accommodate 42 players, including 3 Finnish players, 4 US players, one Zambia players, and 34 Ethiopian players, including 10 women players in the field for a total of 30 new participants.

With the sponsorship from Innova Disc Golf, we were able to provide a player’s pack to each player with hat, a shirt and discs. Zing Mini Discs provided Orb minis with the custom African Tour stamp created by John Dorn. The players were super excited to pick out their packs, and immediately adorned their shirts, and hats for the event. 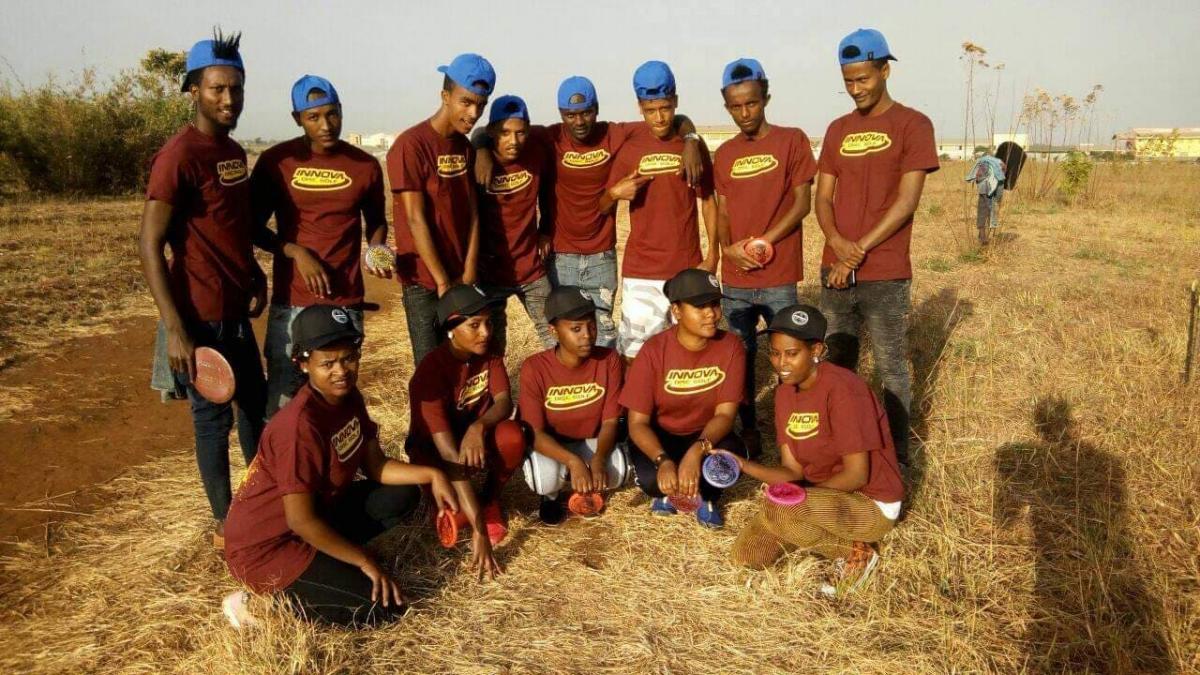 Part of the sponsorship effort came from John Luetzow from I Fling Plastic, raising 12 players sponsorship which paid for local players to attend the event and enjoy the player’s party, and other benefits. Other sponsorship helped to cover all expenses for the all the amateur players fees and players party.

Yohannes endured many hardships getting approvals for the event and the plans that were made as the head of Student Affairs was out of the office for over a month due to health issues with his father and then himself. This made getting final approvals extremely difficult as he then had to explain to other University Officials and convince them to sign off on the requests that had already been approved by this official that was out and unable to be reached. Then, he had to deal with the customs and revenue authority that was asking triple the retail amount of the donated items, which would have been nearly $6000. After much haggling, a week visit to Addis to go to the custom authority office over the course of many days and stand in line for 10 plus hours to free the packages, we had paid just under $3000 custom fee to release the packages. A very tedious and exhausting tribulation, but it was absolutely worth it in the end to see the players receiving their packages. 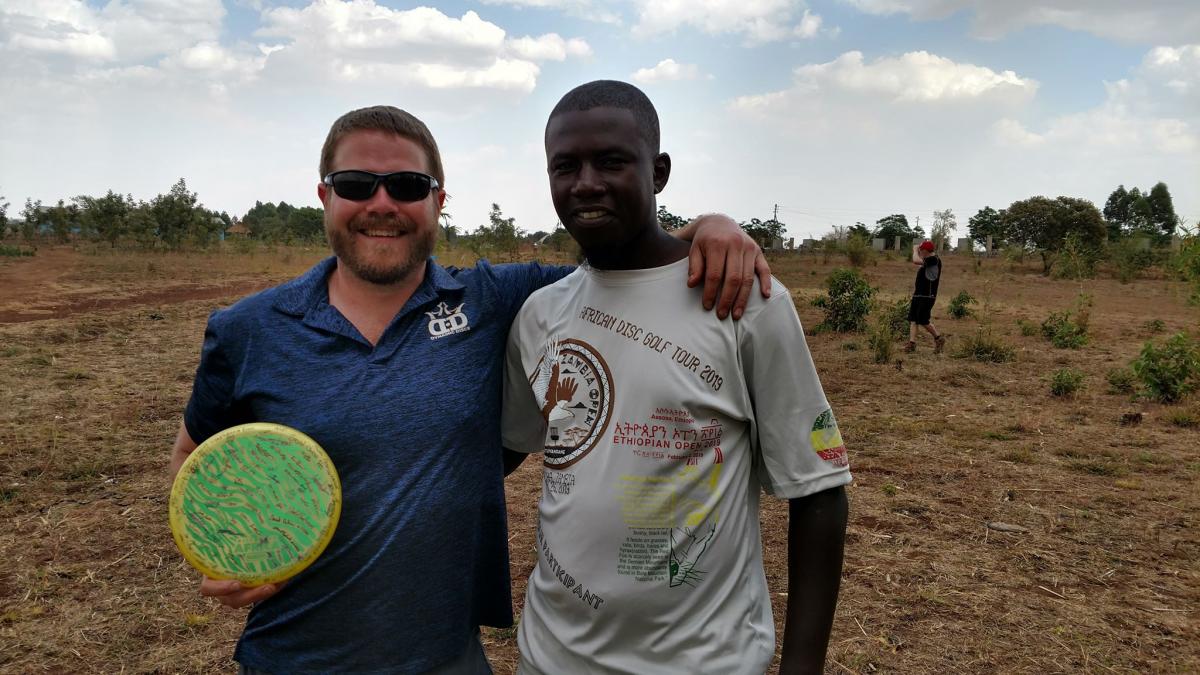 With a sponsorship from Millennium Golf Discs and as their Team Coordinator, John travelled to Ethiopia for his second time to be the assistant Tournament Director for the event and to represent Millennium and make this event a huge success for all involved and to grow the sport on bigger and better levels.

All of the players from Ethiopia are Graduate Candidate of the Sport Science Department of Assosa University. The Enthusiasm of players was very prevalent throughout the event and at  the party afterward. They were extremely thankful and looking forward to the next event already. Training is already underway.

History has been made in the African Disc Golf tour, with the first ever sanctioned event ace in Africa happening in the Zambia by Kevin Derrick. Elem Katambo Zambian PDGA Coordinator hit the first Ethiopian ace the following week at Ethiopian Open.

After the tournament directors Yohannnes and John, spent a few days traveling Ethiopia, visiting Awash National Park, which is the first Ethiopian National park. They use this time planning the next Ethiopian Open 2020 and contemplating the African Open 2021.  Meetings are already under way with local organizers and sponsors to provide the best Disc Golf destination event on the continent.