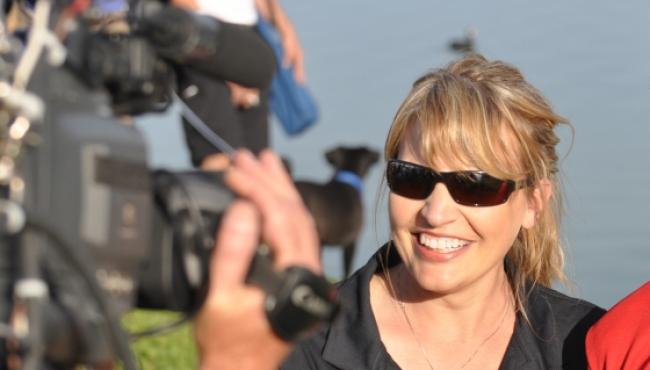 On Tuesday evening April 10th, the PDGA Board of Directors met for the April monthly teleconference. The first order of business was to elect a new president to replace Dave Nesbitt, who recently resigned his position on the board. In an historical vote, Rebecca Duffy was unanimously elected to serve as the Board President and Commissioner of the PDGA. Rebecca is the first woman to hold the position of president.

"It is such a great honor to be elected President, but being elected the first woman President demonstrates how far our organization and sport has grown.", stated Rebecca Duffy. "I look forward to working with the Board, staff, and the membership to help take our organization to the next level."

Peter Shive was also unanimously elected to serve as the secretary of the Board, to replace Rebecca Duffy in that position. Rebecca and Peter will join Vice-President, Dave Feldberg and Treasurer, Bob Decker as officers and members of the executive committee until the next board officer elections in September 2012.

The Treasurer: (a) have charge and custody of and be responsible for all funds of the Corporation from any source whatsoever, and deposit all such monies in the name of the Corporation in such banks, trust companies or other depositories as shall be selected in accordance with the provisions of Article V of these Bylaws; and, (b) in general perform all duties incident to the office of Treasurer and such other duties as from time to time may be assigned to him or her by the President or by the Board of Directors.

The Secretary shall: (a) keep the Minutes of the Board of Directors' meetings in one or more books provided for that purpose; (b) see that all notices are duly given in accordance with the provisions of these Bylaws or as required by law; (c) be custodian of the corporate records; and, (d) in general perform all duties incident to the office of Secretary and such other duties as from time to time may be assigned to him or her by the President or by the Board of Directors.

PDGA Board of Directors